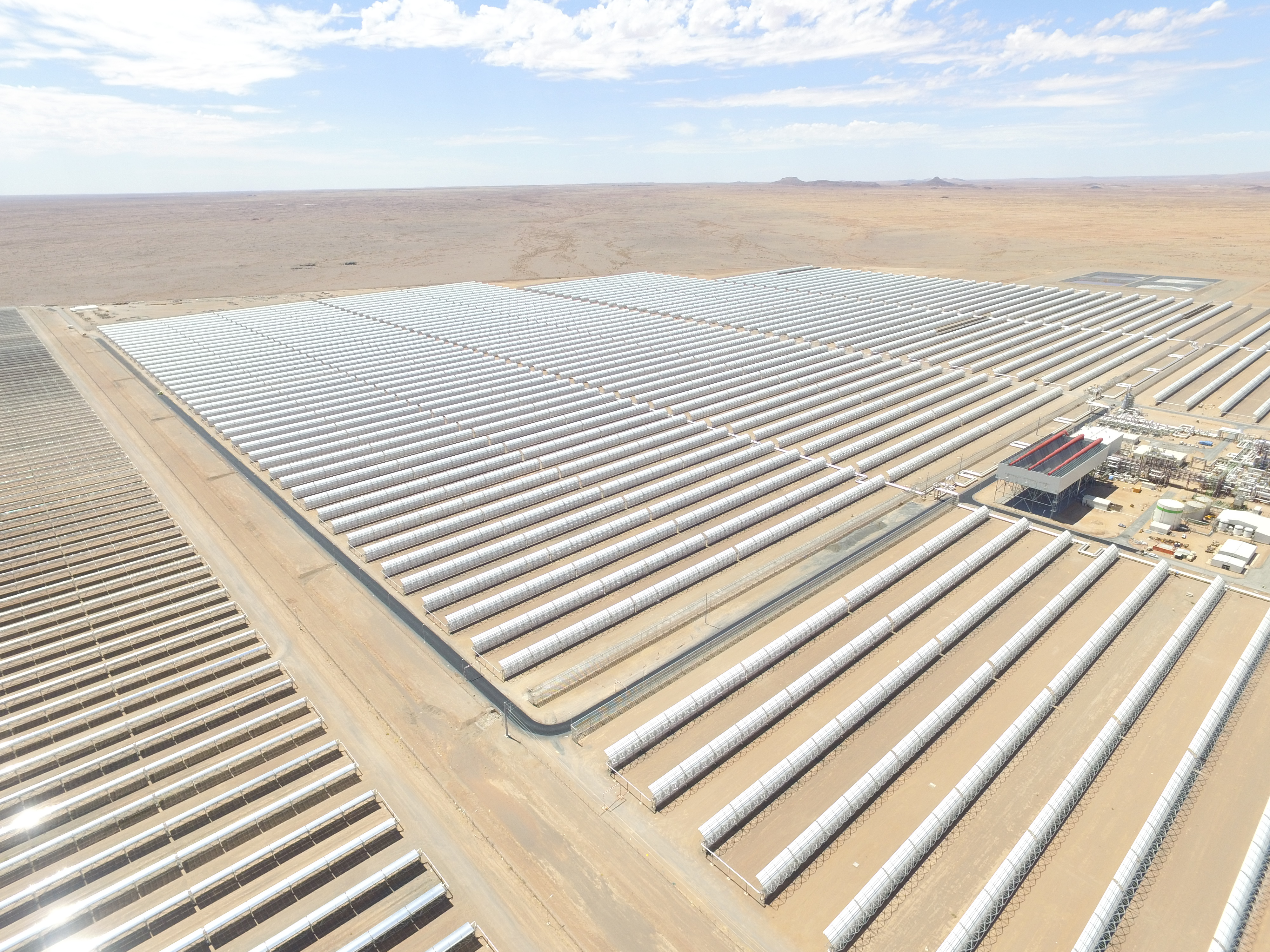 ENGIE is pleased to announce that it has reached an agreement to acquire from Abengoa a 40% equity stake in Xina Solar One, a 100 MW Concentrated Solar plant, as well as 46% of the Operations & Maintenance Company. The plant is equipped with parabolic trough technology and a molten salt storage system that allows for 5.5 hours of energy storage to provide reliable electricity during peak demand. Power is contracted through a 20 years Power Purchase Agreement with Eskom (South African Electricity Public Utility). Xina Solar One is supplying clean energy to more than 95,000 South African households and prevents the emission into the atmosphere of approximately 348,000 tons of CO2 each year.

The plant is located in the Northern Cape of South Africa, which is also the location of ENGIE’s 100 MW Kathu CSP plant. Xina Solar One increases ENGIE’s renewable footprint and is a further step to cementing its position as the leading Independent Power Producer in the country. Synergies between Xina and Kathu will be developed to further enhance the operational efficiency of both plants.

“With the acquisition of this project, ENGIE is pursuing its low carbon strategy. Xina augments the country’s installed peaking power and reduces its dependence on coal-fired electricity. The 100 MW CSP plant also contributes to ENGIE’s geographic rationalization by expanding its footprint in South Africa, where it is the leading Independent Power Producer with 1,320 MW of installed capacity.”  says Sébastien Arbola, CEO of ENGIE MESCATA.

Mohamed Hoosen, CEO of ENGIE Southern Africa commented: “ENGIE is valued as a highly skilled IPP and a long-term player in the South African power industry. We are adding an innovative high-performing plant and are increasing our CSP capacity. This investment will create value over the longer term while accelerating impact on the energy transition of our customers.”

Co-shareholders on Xina Solar One include Public Investment Corporation, a pension fund manager and a shareholder on ENGIE’s Kathu project (20%); Industrial Development Corporation, a development finance institution wholly- owned by the South African Government (20%); and Xina Community Trust, funded by the IDC (20%). Xina Solar One, which started commercial operation in August 2017, was built by Abengoa.

Completion of the transaction is subject to the fulfillment of certain conditions including merger control clearance from relevant competition authorities.

ENGIE has a presence of almost 30 years in the Middle East, South & Central Asia, Turkey and Africa region. In the Middle East, it is the regional leading independent power & water producer with a gross capacity of 30 GW of power and 5.5 million m3/day of water production, serving over 40 million people daily with power and 10 million with potable water from desalination. In Africa, the Group has 3.15 GW of power generation capacity in operation or construction and is South Africa’s first Independent Power Producer. It is a leader in the decentralized energy market, providing clean energy to more than five million people through domestic solar installations and local microgrids. ENGIE’s renewable portfolio exceeds 2,300 MW of power in India and Africa. In the Middle East, the Group is a regional leader in district cooling through Tabreed, in which it has a 40% stake, and which currently delivers over 1.4 million tons of cooling across 86 plants in the GCC. ENGIE is also a leading provider of Customer Solutions in the Gulf region and Morocco.

For more information : www.engiemiddleeast.com and www.engie-africa.com

Our group is a global reference in low-carbon energy and services. Together with our 170,000 employees, our customers, partners and stakeholders, we are committed to accelerate the transition towards a carbon-neutral world, through reduced energy consumption and more environmentally-friendly solutions. Inspired by our purpose (“raison d’être”), we reconcile economic performance with a positive impact on people and the planet, building on our key businesses (gas, renewable energy, services) to offer competitive solutions to our customers. Turnover in 2020: 55.8 billion Euros. The Group is listed on the Paris and Brussels stock exchanges (ENGI) and is represented in the main financial indices (CAC 40, DJ Euro Stoxx 50, Euronext 100, FTSE Eurotop 100, MSCI Europe) and non-financial indices (DJSI World, DJSI Europe and Euronext Vigeo Eiris - World 120, Eurozone 120, Europe 120, France 20, CAC 40 Governance).