We have the intention to expanding our zero-carbon installed capacity, making the most of the tremendous renewable energy resources in Africa. We have more than 3 GW in operation and construction and several projects under development in both infrastructure and central generation.

The Tarfaya wind farm (301 MW) is operated by a 50/50 joint venture (TAREC) between ENGIE and Nareva Holding. The wind farm is situated on the desert coast of Morocco and enjoys optimum wind conditions and a high load factor of 45%. Tarfaya prevents the emission of 900,000 tonnes of C02 per year and accounts for around 40% of Morocco’s total wind capacity. 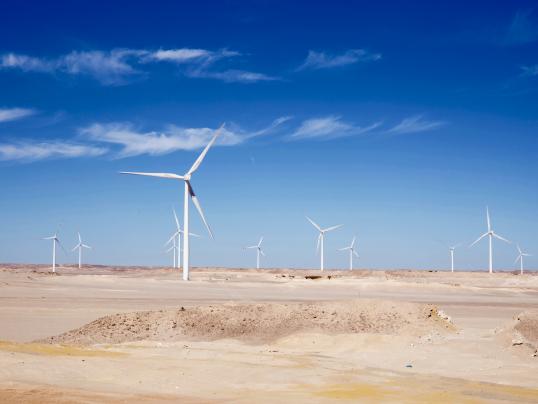 ENGIE has started end of October 2019 commercial operation of the 262.5 MW Ras Ghareb Wind Energy plant 45 days ahead of the scheduled date. The project company, Ras Ghareb Wind Energy SAE is owned by ENGIE (40%) and its consortium partners Toyota Tsusho Corporation/Eurus Energy Holdings Corporation (40%) and Orascom Construction (20%). The wind farm is located near Ras Ghareb on the Gulf of Suez, an optimal site with about 60% of gross capacity factor. The energy is sold under a 20-year Power Purchase Agreement (PPA) to the Egyptian Electricity Transmission Company (EETC). The same consortium has started the development of a 500 MW wind farm in the same region. 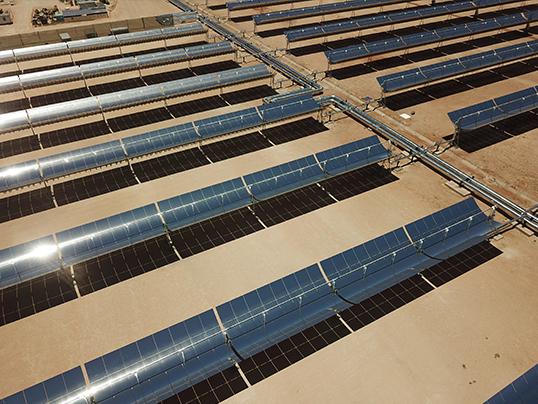 We achieved in July 2019 signature of the project and finance documentation for our two solar PV plants totaling 60 MW as part of the IFC Scaling Solar program.

Construction started in February 2020  and we are continuing the operation of Senergy (30 MW PV plant) and Ten Merina (29.5 MW PV plant).

ENGIE has several power generation assets : Aurora Wind Power is a 94 MW wind farm in which ENGIE holds 43%. The Dedisa and Avon peaking power plants are two open-cycle gas turbine plants (335 MW and 670 MW); ENGIE holds 38% in the two companies that own the plants. Kathu is a 100 MW concentrated solar power (CSP) plant  in the Northern Cape province.

The plant uses parabolic trough technology and is equipped with a molten salt storage system that provides 4.5 hours of battery life, offsetting the intermittent nature of solar energy. The plant started commercial operation in February 2019. The shareholders of Kathu Solar Park comprise a group of investors, including ENGIE (48.5%).

Ausar Energy is a joint venture founded by ENGIE Africa, ENGIE Ineo Scle and Centum Adetel. Ausar Energy designs and produces technical solutions to exploit the potential of renewable energies in the energy mix and to develop decentralized production: